The topic of realism in games comes up pretty frequently, about a wide range of specific areas like design, art, and physics simulations. I’m going to talk specifically about realism in design for this blog post. What do I mean by realism in design? Here are some examples, from RPGs since that’s what I remember most clearly.

Have you ever heard of Robinson’s Requiem? It’s a survival RPG where you have to amputate limbs if you don’t treat them effectively and they become gangrenous.

Did you have a chance to play the Realms of Arkania series, based on the Das Schwarze Auge German RPG system? Your characters has an enormous array of attributes that had to be balanced by weaknesses. My favorite: Curiosity, which made my thief character open every chest and try out every magical item (often with terrible consequences). Your characters also became ill if they traveled in the winter or through the mountains without warm clothes and a blanket.

Remember Trespasser, where the realism of manipulating the environment created a crate-stacking simulator, hampered by your need to stack with your detached robotic-seeming arm? And your health meter was a heart tattoo on your left boob? 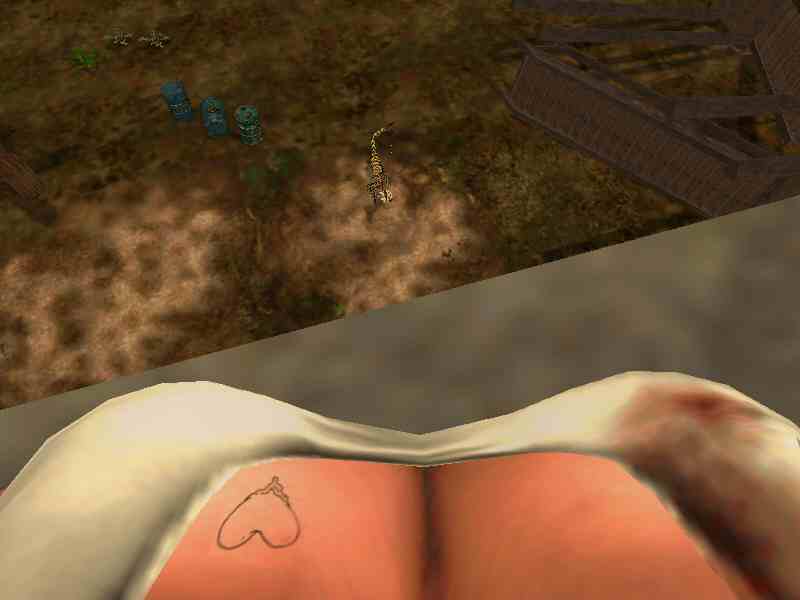 Have you been playing games long enough to remember RPGs that required your character to eat periodically or suffer the consequences? That’s where I’ll kick off the rest of this discussion, because it’s a great example of how game design evolved its sense of fun versus realism.

Many early RPGs required your characters to eat food, and some even required drinking. D&D games like Eye of the Beholder used a food bar: eat when the bar’s low, or the character dies.

Betrayal at Krondor required rations or your characters wouldn’t heal when you rested. After a few rest attempts without food, your characters actually started taking damage. This was really punishing because it sat atop a health system of diminishing returns–once a character got injured beyond a certain percentage of his health, recovering to full health again would literally require days or even a week of rest, and one ration per day.

The Might & Magic series also required rations in order to rest. The Ultima series refined the food requirement so eventually your companions ate food automatically (if it was in their backpacks) and starvation caused stat decreases (and endless complaints) rather than death. At some point, game designers realized that the requirement to eat may be realistic… but it’s not fun. More important, it doesn’t add much gameplay and its primary function is simply as a coin sink. What happened next?

Food became optional. Most “modern” RPGs either don’t require food, or treat it as an optional buffing consumable. Eat, and you gain health. Drink, and you gain mana. They maintain the coin sink while converting the consequences from punishment to reward.

You can take the topic of game realism beyond eliminating some of real life’s tedium, though, and that’s where it gets interesting. Most game designers would agree that requiring players to eat or their characters die isn’t fun… but what about relying on physics to create exciting reactions?

It makes me think about movies. Suppose you’re the director on a major new Western, and you’re about to film the big saloon shootout. Would you put rubber bullets in the actors’ guns and hope some of their shots hit the mirrors, bottles and glasses on the bar? Of course not! You’d carefully place stage explosives, fake glass and other props and effects to ensure the scene is exciting. So why don’t we do the same thing in games?

There’s a thin line between player agency and crafted effects, and games that figure out the right mix resonate with players, creating environments that feel cinematic yet responsive. The Bioshock and Half-Life series are great examples of a careful combination of some fantastic events I create by playing and some events staged to be exciting without any input by me. At their bests, these games create the sense that I caused these events even when I actually didn’t. It’s our equivalent to movie magic, and when it works, it’s spectacular.

Part of the problem is with us–the designers. We generally like complex systems, and we’re usually fascinated by artificial life and simulation. When we think about creating a new world with a great wilderness, the temptation is always there to instill it with some type of life cycle. Wouldn’t it be cool if the wolves ate the deer? It sounds like a fun system to design and a “living” world always looks good on paper.

But what happens when you’re a player who has a quest to kill 20 wolves? Or you want to improve your armor skill, and you need deer hide… but all the deer have been eaten by wolves at this point in the life cycle? You can extend this to other life-like systems. What happens when I only have a half hour to play games online, the creature I’m hunting only comes out at night, and the next night cycle is 2 hours away? Or, in the example that was most frustrating to me, what if you only have time to play Animal Crossing at night, and all the shops are closed? Sometimes it’s OK to expect players to seek out specific opportunities and you can make those opportunities arise more frequently. For example, as long as your game runs a day/night cycle that’s relatively quick and the night-only quest isn’t a progression gate, players probably won’t mind logging in later to finish it.

The real answer, though, is to think about the effect you want to create and then intentionally create that effect in a way that players benefit from it without being hampered by it. In the wolves-and-deer example, randomly spawn a deer and wolf pair who immediately act out their roles as hunter and dinner. Players will see that interaction and believe your world has an ecology, and they’ll still be able to find the “real” deer and wolves they need for their quests.

Handling realism was a big part of the work in changing the original, Army product into a commercial game for Full Spectrum Warrior. The original simulation was used to train squad leaders, and it intentionally reflected the Army’s zero tolerance policy for casualties. One mistake, and a member of your team would be shot dead without warning. Game Over! 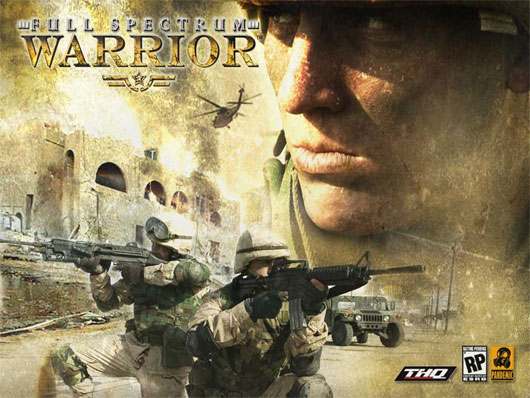 Realistic? Yes. Fun? Not at all. In fact, it created a controller-throwing level of frustration. The final, commercial version of Full Spectrum Warrior felt like one of the most realistic military/war games on the market, and it was called a “simulation” in many descriptions (it was actually an RTS). We introduced all sorts of compromises, mechanics changes, rules and even “cheats” to make sure the game felt real but stayed fun. Some examples:

I made many more changes like these to ensure the game was fun and, more important, that it felt fair. To most players, it sucks when you do the right thing and fail anyway. It sucks even more when you fail without a chance to correct the situation or sometimes even understand what you did wrong. It wasn’t surprising to me that the changes made Full Spectrum Warrior a better game–what surprised me is that, in many ways, they made the game feel more real to players.

For me, it always comes back to remembering that I don’t represent the average player–not even the average “core” player. I like almost all of the games I used as examples in this blog post (and in fact, I’m probably buying Realms of Arkania from Good Old Games tonight!). They’re great games… but not mass-market, and I certainly don’t represent a typical mass-market player, which was my target for all the games I’ve made. For most players, fun trumps realism every single time. There’s a reason Call of Duty outsold Rainbow Six, and it’s not because it was set in WWII.